How To Start Trading On The Singapore Exchange

Advanced Programming Languages in IT Field

Features And Benefits Of VoIP Hotel Phone System To Look For

Games that Help Get Bitcoin on Android

QR Code – What is it, How Does it Work, How to Use it and More

What is a QR Code?

QR code stores information and makes it accessible. QR stands for “Quick Response,” and the name is deserved because a scan quickly calls up information and executes commands. Whether in a smartphone or tablet, every camera can read and process QR codes with a corresponding app.

How Does a QR code work, and how is the Graphic Structured?

A QR code contains a pattern within a square graphic in which data is embedded. This square contains black and white dots and lines that are read by the app. A QR code can contain up to 177×177 elements, and e.g., B. Hold up to half a page of A4 text. In terms of numbers, code has a capacity of up to 4,296 alphanumeric characters or 7,089 decimal digits at the lowest error correction level. In addition, the higher the error correction level, the less capacity the QR code has. 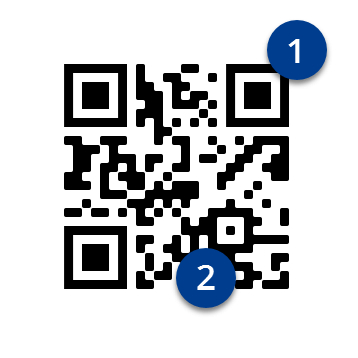 What is a QR code used for?

Wherever data has to be read out quickly, QR codes are used. And also you can find them on tickets, vending machines, stamps, flyers, posters, and many other places. A URL is often embedded in the code, which interested people can then call up via a scanner app. However, texts such as voucher codes can also be stored, or information that, for example, can speed up the verification process when checking tickets.

The most popular features are:

In combination with other apps, the use of QR codes can also be for augmented reality.

How Do you use it?

You can use a [QR code] using a smartphone or tablet and an app that scans the code and then processes it. This is done in 4 steps:

How secure is a QR code?

QR codes have been circulated for fraudulent purposes in the past. Therefore, make sure that your app shows what the code contains before performing the function. In addition, this prevents fraud by QR codes that refer to websites with malware. And also, ensure that the website is stored in the HTTPS protocol (i.e., begins with “https: //”). Only go to sites that you trust.

Also Read: 4 Trends in Cybersecurity for 2020

Review QR Code – What is it, How Does it Work, How to Use it and More. Cancel reply

Hyperscale Computing - How Does Hyperscale work? - [2020]

Network - What is it, Types and How to Set up a Local Network

kamran sharief, 10 months ago
IT Graviti

kamran sharief, 6 months ago
What Is

Network – What is it, Types and How to Set up a Local Network

What is Google Gravity and How to use it?

How To Start Trading On The Singapore Exchange

Trading On The Singapore Exchange: Before you can do anything, you must first open up a broker’s trading account through…

Advanced Programming Languages in IT Field

CBD Oil : Cannabis became legal in 2018, which favored the growth and consumption of the product. With it came…

Features And Benefits Of VoIP Hotel Phone System To Look For

Games that Help Get Bitcoin on Android